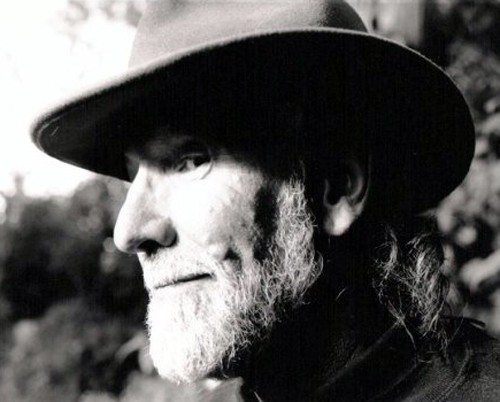 They told me for $1,000 they could find out just what the problem was.

Then they hooked me up to a string of electrodes, put me on a treadmill, and turned on the juice.

I began to stroll.

They turned up the speed and a doctor in a white smock standing next to me began asking questions.

The young nurse sitting next to the doctor crossed her legs and leaned over a clipboard, showing lots of cleavage.

“Your heart rate just went up,” the doctor said. “Why’s that?”

A few beads of sweat broke out on my forehead and in my arm pits.

“You’ve got peripheral vascular disease,” said the doctor, “I’ll tell you that much.”

He was telling me something I already knew. More accurately, something they’d already told me after they sliced me open and stuck in some Dacron arteries. At least that’s what they said they’d done, but when it comes right down to it, who knows what they did while they had me in a simulated coma?

“You didn’t answer my question,” the doctor said.

“You didn’t ask one,” I said, sweating heavier now. I winked at the nurse who, under the disguise of a yawn, arched her back and pushed those perfect breasts against the soft blue fabric of her blouse.

“Like I said–wise guy,” said the doctor, who (I was beginning to suspect) wasn’t really a doctor but an interrogator. He cranked up the speed and put me into a trot. “Do you want to die?” he asked.

Suspicion did a 180 into certitude and red lights began flashing. I tried to step off the treadmill but bumped smack-dab into an invisible force field that kicked me back. I resumed trotting.

The interrogator cranked the speed up further still, and my arms began pumping in the running position. “The loneliness of the long distance runner,” I thought.

“You think this is loneliness?” asked the interrogator. “This is a crowded room compared with where you’re going when I’m through with you.”

So, the electrodes weren’t hooked up to my heart, they were tapped into my thought patterns. I tried to put up a defense against their intrusion but ran into a mental force field, the counterpart to the physical force field I’d encountered a few minutes earlier.

“Who’s your daddy!” the interrogator asked again in a loud voice. He tore off his smock and had nothing on under there except white jockey shorts and a Grateful Dead t-shirt.

“Your daddy is my mother?” said the interrogator. I’d caught him off guard, and pressing my advantage, I shifted my thoughts into full Shard mode.

“A fat green toad in a damp empty castle,” I thought. “Looking for my reflection in a fish bowl, looking for a sharp razor to slash off the rest of the buttons on the young nurse’s blouse, looking for my lost daddy and his small-waisted concubine, looking–“

The electrodes began smoking and the interrogator began jerking the speed lever back and forth, causing me to break into a cha-cha, a samba, the dirty boogie.

The nurse got an uneasy look on her face, buttoned her blouse and left the room.

I did a high back flip off the treadmill, clearing the force field.

The interrogator hastily slipped back into his doctor’s smock. He looked worried.

“My God, am I here all alone?” I said while wiping the sweat from my brow with the towel the nurse had left hanging on the back of her chair.

“What?” said the interrogator-slash-doctor. And then, making a stab at professionalism: “Your test results will be mailed to you within the week. Do you have any questions?”

“You’ve already answered them,” I said and walked back into the waiting room.

The waiting room was full of old people with washed-out eyes. The nurse was sitting behind the reception counter, entering data into a computer. She looked up, blushed, and looked down again.

Outside I lit a cigarette, took the chain lock off my bike, and pedaled for home.

The world is on the brink of disaster, and there’ll be no one left to make eye contact with once it’s over and done with.