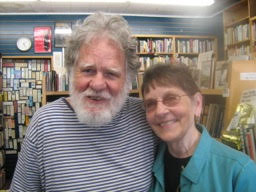 You’re probably wondering where I learned Greek. I never did, I just learned the National Anthem in Greek.

It was a girl. On the island of Crete. While we were filming Zorba the Greek. That’s a part of my past I never talk about, my stint in the film industry.

It wasn’t anything glamorous. I wasn’t a director or a film editor or into casting. I wasn’t even a gaffer. I was a high-profile extra. I stood in crowds and waved my fist in the air. Sat on crowded buses pretending to read a newspaper, looked over my glasses when the fugitive came up the aisle. Screamed when the stunt man rolled under a speeding train. Stuff like that. And I was good at it.

I got to know some famous people in a marginal way, and when I heard about the Zorba movie, I did some talking around and got to go. I was younger then, dark complected, curly black hair. I could pass for Greek.

I went into the army at seventeen and killed more people in Korea than I care to remember.

I probably could have learned to sing the National Anthem in Korean with the help of a Berlitz book. I learned some Korean when I was over there, I had the idea to go back after the war and make apologies to the families of the men I’d killed. I know, that sounds far-fetched and deranged, but you don’t shoot down a half dozen men less than ten feet in front of you so you can see the surprise on their faces without getting deranged.

Anyway, I went to California after the war, which is where everyone was going back then to escape their lives and make a fresh start. But mostly what I did was drink in skidrow bars in L.A. and work at a car wash. And then one day this guy barges into the bar I was drinking in all worked up and says, “Who wants to be in the movies? Who wants to be in the movies?” I slid off my bar stool and said, “I’m your man.”

He grabbed hold of my arm and rushed me out the door, and right there on the street was a camera guy up in a bucket, two more at street level, a guy in a director’s chair and four actors standing around smoking and looking bored.

“I got someone,” the guy who yanked me out of the bar said.

“Let’s do it then before the light’s totally fucked,” said the director, and just like that one of the actors pulled a ski mask over his face and began waving a sawed-off shotgun around and the other three, dressed like cops, crouched with their hands on the butts of their holstered pistols.

“Scream help!” the director said. “Look scared and scream help two or three times and when he turns on you and fires the shotgun, slam back into the wall and slide to the sidewalk holding your gut.”

Then he said, “Camera, action!” and a stage hand clapped the scene board in front of one of the cameras, called out, “Scene 24, take one!” and jumped back out of the action.

“What the fuck!” I yelled. “Help! Help!” And the guy with the shotgun who was wearing a fatigue jacket just like I’d worn in Korea pulled the trigger.

I cried out like my buddy did when he got gut shot, threw myself up against the building and slid down the wall whispering, “Medic…medic…”

“Cut!” said the director. “Fucking fantastic! Who is this guy?”

They edited out the medic part and added in some blood and that was the start of my career in the movies.

But things still weren’t right with me. I’d wake up in the middle of the night in a cold sweat and one night when that happened I started singing the National Anthem so loud that the guy in the room next to mine began banging on the wall. But it calmed me down, so that’s what I did after that, and then I started doing it when I was wide awake, and I sort of got a reputation.

And then came Crete and the girl. She caught me by surprise out in the middle of a rocky field where I was singing the National Anthem at the top of my lungs, trying to calm down enough for this scene where I had to stand in a crowd of Greek fishermen gathered around Irene Papas who was about to get her throat slit by the father of a young man who killed himself because she’d jilted and scorned him and was in love with an up-tight Englishman played by Alan Bates. The idea was for the camera to cut back and forth between her and faces in the crowd, and we had to look crazed with hate and full of blood lust. I didn’t want to do it, even pretending to be that way pushed me close to the edge.

So there I was screaming the National Anthem at the top of my lungs in the middle of a rocky field, and this girl, maybe eighteen years old, came up to me and put her hand on my face and looked into my eyes and saw exactly what was there like not a one of the shrinks at the V.A. ever did. And as story-book perfect as it sounds, she led me off into an olive grove and we did it.

She knew English real good, she wasn’t a peasant girl, she was the daughter of one of the Greeks who had a hand in arranging locations. She translated the National Anthem into Greek and we sang it together out in the olive groves over the next few weeks. And then she was gone.

I asked around trying to find out who she was, how I could get hold of her, but no one knew. Or if they did they weren’t telling.

When I was stateside again I dropped out of the movie business. I met a guy who was dealing pot and that’s what I’ve been doing since, pushing drugs for a cartel out of Tijuana.

And here I am in a long line of vehicles at a border crossing at the wheel of a produce truck with a false bottom, singing the National Anthem in Greek and reliving those weeks on Crete that were the happiest time of my life.