the origin of words 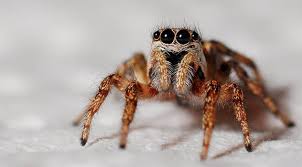 THE ORIGIN OF WORDS

And then the condom came along, another word with obscure origins, dating back to the 1700s. Something began to fade with the coming of the condom–a saber in a scabbard has no romance; it’s the sound of it being drawn that brings it to life and makes the maiden sigh, the sun glinting off its tempered steel.

“Bill mustn’t know,” she moans, and flings her chastity belt across the room.

The spider doesn’t reply. This is new for him too. He’s worried about getting his head bitten off at the moment of climax. He starts spinning web, a geometry of love. Wait until the Pope in Rome finds out. Edicts will rain down on the faithful like hail stones.

Syphilis and AIDS, sheep and monkeys, what new scourge lies just over the promiscuous horizon? The damsel doesn’t care. She’s been swept away.

Bill comes homes from his business trip. “Take me,” she says, her blood crazy with spider lust.

Bill draws his saber and thrusts.

Tagged as John Bennett, Poetry, shards, THE ORIGIN OF WORDS