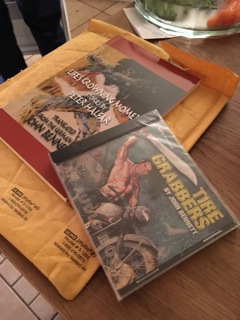 Sometimes the magic works, sometimes it doesn’t. An old refrain, a haunting string of repetitions that border on hypnosis, used sometimes like a hammer, sometimes like a feather. Used as an exorcism to flush out cultural toxins, to pull the mask off the old Lone Ranger, to gain purchase on the white cliffs of Dover, to set the stage for Act I, for Act II, for unharnessed action.

Right now it’s the ravages of a hard day’s work that I need to exorcise, the sharp pain in the gut, shoulders and back, that and a string of people who feed off what’s left of me, that and the abrasive marching band down on the college infield, their banging and clanging floating up this hill on the wind, that and a few hundred thousand bugs, swarming in the dusty light of the sun.

I sidestep it all, and for one zany moment magic streaks thru the tide pool of my mind, like minnows in moonlight.