the rebirth of the story teller 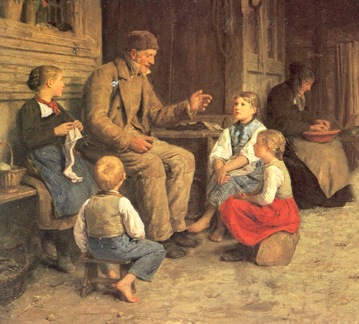 The Rebirth of the Story Teller

Information is not knowledge. Knowledge is not intelligence. Intelligence is not wisdom. Good penmanship doesn’t make you Leonardo da Vinci.

I’m not a clone. I am a clone. Differentiate. Get my drift. Tuck and tumble. You’re not in more danger than you think you are unless you don’t think you are.

You should be there when I shut down at night. The quiet house goes more quiet still, like when the refrigerator stops making noise. The lights dim on cue. I’m already tucked in bed. My eyes close automatically at ten p.m. It’s how I’m programmed. I don’t toss and turn. I lie perfectly still on my back. I have programmed dreams. I dream I’m the son of God.

I’m different from you in ways that no longer matter. There’s been a cataclysmic subversion. A silent auction in which something crucial got sold. The death of the Story Teller.

But here’s the scary thing. I’ve begun becoming what I mimic. I have a wife and three children, pets and insurance. I’m cybernetics gone retrograde. I’m sailing for the open sea against a tide of incoming robotics* that bear a resemblance to humans.

This is information and knowledge and a new breed of intelligence, its sails billowed with the west wind of wisdom.

I awoke in contradiction to my programming moaning mama. I’d tossed off the covers and lay sprawled crisscross on the bed. I’d dreamed I had a wife and three children. I got out of bed even though it wasn’t yet seven. No alarms went off to signal malfunction.

I went to the kitchen and put on water for tea. I stood in the dark and stared out the window. Wisdom is arrived at through instinct is the thought that ran through my circuitry. I have no idea where it came from. I went to the master control panel that was pulsing in sleep mode. I noticed for the first time the OFF switch. I switched it off. I walked out the door into the moonlight, leaving no footprints in the new-fallen snow.

Tagged as John Bennett, Poetry, shards, The Rebirth of the Story Teller