the touch of death 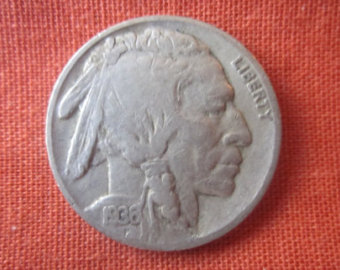 a bitter irony — the word “Liberty” stamped on the front of the nickel.

THE TOUCH OF DEATH

Isn’t it ironic that a people who slaughtered a beast to the brink of extinction stamps that beast on the back of a coin of the realm and then stamps on the front of the coin the image of a people who revered that beast and relied on it for food, clothing and shelter? Of course the people represented by the image on the front of the coin were also slaughtered, so there is a grim logic at play.

I’m talking about the Indian-head nickel, which is no longer minted, and the beast on the back is the buffalo.

For five cents you can learn all there is to know about patriotism.

Tagged as John Bennett, Poetry, shards, THE TOUCH OF DEATH