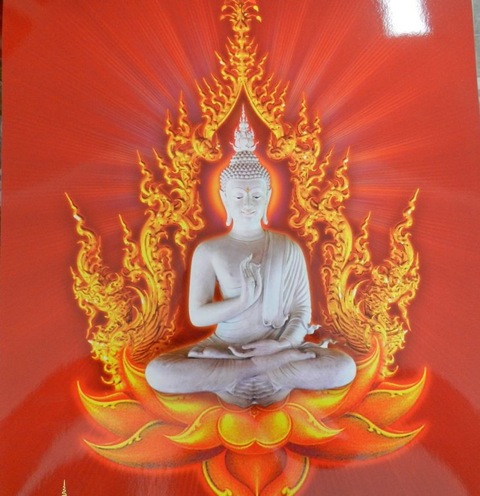 “I think, therefore I die,” realized an early humanoid on some distant savanna, giving birth to the abstract in the bassinet of his ego.

Death is a misnomer for the absorption of ego, and it’s spread like a contagion to all living things. The plant dies, the cat dies, the goldfish dies and then abstractions themselves topple into death’s maw. Humanity gets engulfed in the black curse of time.

The wild-eyed Bodhisattva ate it all, emptied the fruit bowl, streaked thru the blue night like a hawk, built monuments out of longing and laughter, gave a wink to the Emptiness that spawns color and form and then reels it in again, absorbing and projecting in a colossal furnace of fire.

Death is the mother of misery, and the wild-eyed Bodhisattva ate death too, he ate it like a jumbo banana split and shat it out again into life’s zany garden.

Alone on the mountain he also ate his own loneliness and the small fig of doubt. He got swept along in the flow of things until he came to rest at the right hand of God in the throbbing heart of the Mystery.