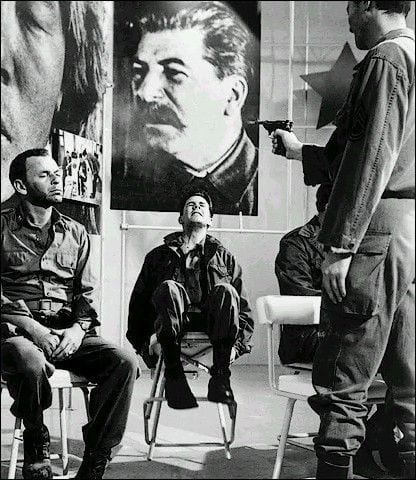 I brought the wrong yellow pad up on the hill, so I don’t have yesterday’s Shard to look over. There’s a tenuous connection from day to day. It’s hard to explain. Not that I care to, leave alone need to. Every Shakespeare needs a clown, every king a jester. You can say anything you want when no one knows what you’re talking about. Communicating in enigmas is tricky business. Shards are tenterhooks on which I hang the squealing piglets of my imagination.

Some say it’s not wise to talk about what you’re doing, that talking about it isn’t doing it, but that’s not what I’m doing. I don’t know what I’m doing, but I marvel at what everyone else is doing which is something I can’t do.

The old obese couple that I passed on my way up the hill just caught up with me. They’re barely moving, but there they are, inching past the van, making the turn to go back down the hill. I marvel.

I’m in the van and not the car because after work I ran by my Cambodian mechanic’s shop to see about an oil leak. Here’s a guy barely five-feet tall with a shop full of vehicles with their engines and transmissions ripped out, a survivor of the Killing Fields, ordering parts over the phone in English. Jesus! I marvel my ass off. He has a Mexican helper named Raul who may or may not be legal. They taught themselves everything they know about engines.

I don’t have that in me. I resist and then self-destruct. I’m the Manchurian Candidate of Childhood. Well, there it is. I just hooked up with yesterday’s Shard without hard copy on hand, straight out of my memory bank. My memory bank is like the Silverado Savings and Loan, if that rings any bells in your memory bank. If not, it doesn’t matter. That’s when I began to marvel, when I realized that nothing matters.

You can bet your last peso that I don’t talk like this around my foreign auto mechanics.

They like me, my foreign mechanics. They like the way I marvel. Down deep they know that nothing matter.

I try to own my shortcomings when I spot them. I can’t help it that when they gave me the list of potential shortcomings that I didn’t check off a single one.

It was a trap, arrogance wasn’t on the list, but even if it had been, I wouldn’t have checked it off. It’s hard to talk shortcomings with people who care too much.

They almost had me, but I slipped away. Just like I’ll slip away as soon as I’ve finished writing this.