a series of near misses 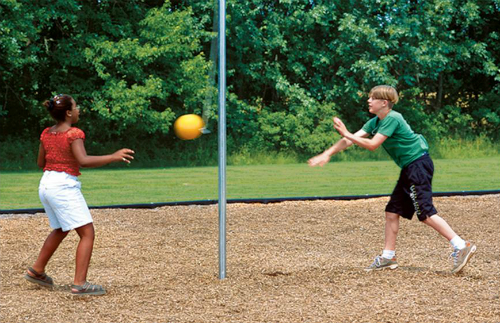 A SERIES OF NEAR MISSES

Response is an interesting thing. It brings home the realization of the insurmountable difficulty we have in perceiving each other. Fraternities of any stripe or color aren’t attempts to remedy this ego-driven isolation, they’re attempts to make believe it doesn’t exist. Communication is a series of near misses.

In the past few days I’ve been asked via e-mail if I’ve ever been hit in the head with a tether ball. I’ve been told that I have trillions of cells running wild in my body, so what’s the big deal about a few million getting wiped out on the operating table? I’ve been told that I’m not journaling, I’m blogging, when am I going to grasp the changes that have been taking place?

The tether-ball inquiry interests me the most. That’s the way it is with communication, we’re drawn to those things we least understand.

As for trillions of cells rampaging through my body, I think the cells in my body are more in accord with each other than my body is with other bodies, or my mind with other minds. My cells, for instance, collaborate and produce sight. They set my fingers to drumming on a table top, shape my legs into dance, create hot licks on a harmonica, create tears in my blue eyes. Those few million cells that perished under the surgeon’s knife, they were part of what made me hang together, and their demise was not in the natural flow of things. All of which has to do with the rhythms of the universe. Which puts me out there with Meister Eckhart, attempting to exchange thoughts in pigeon Dutch.

As for the declaration that I’m writing a blog–I stumbled into this cyber space world helterskelter. Me and Charles Manson and Meister Eckhart, playing gin rummy on an apple crate.

I don’t have a clue what a blog is. I think you have to register the damn thing somewhere, and then you can blather on at will and people who read what you’ve written can add their two-cents worth.

I’m an e-mail kinda guy. I have a long list of hand-picked-e-mail addresses to which I send Shards. Sometimes people on the list respond, and sometimes I pass along what they have to say, which I suppose is something like a blog. Sometimes publishers who have found their way onto the list snap up a Shard for publication. Sometimes people to whom I’ve sent Shards pass them along, and an exponential magic evolves.

I write the Shards longhand on pads of paper, and then I send them out email. I fling them out there on my own terms, which is what I’ve been doing for over forty years, ever since I found an A.B. Dick mimeograph machine in a garbage heap next to the American Legion in New Orleans. I began writing uncensored and got it out there on a grassroots level.

Email for me is an extension of the mimeograph machine, and for those of you who have no idea what a mimeograph machine is, let me suggest that although you may be broadcasting sound, images and words around the globe at lightning speed, you don’t understand what communication is. You’re Borg, the cutting edge of mankind’s impending total communication breakdown, after which each of us will lie wrapped like mummies, and all our cells will die.

Tagged as A SERIES OF NEAR MISSES, John Bennett, Poetry, shards