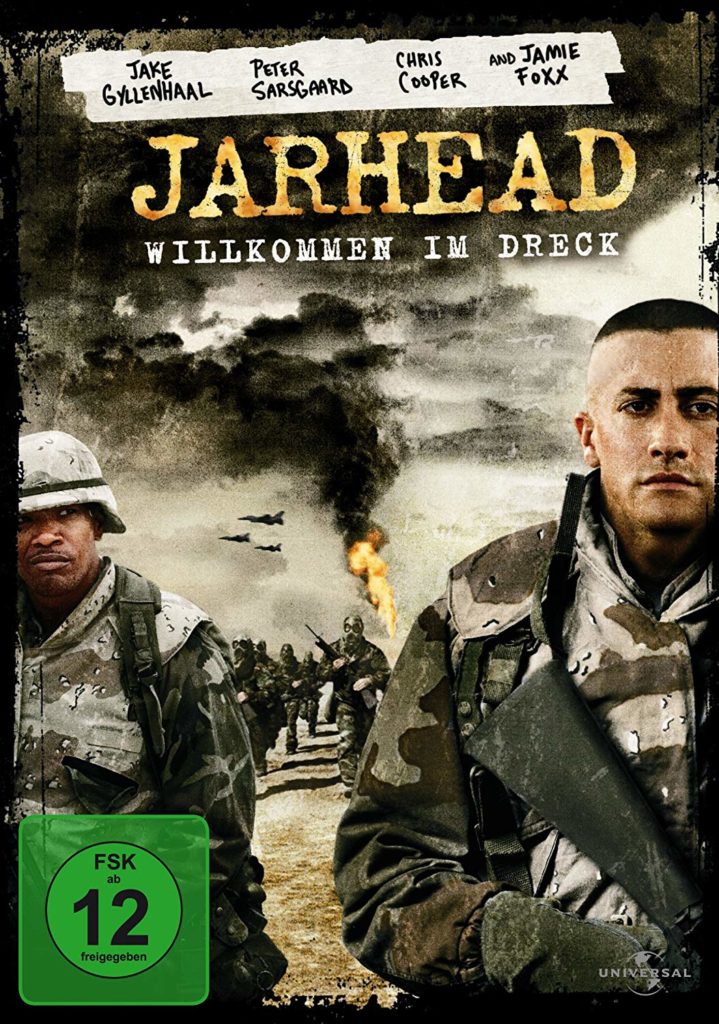 Humanity has its demographics, a breakdown of the good, the bad and the ugly, the dumb-as-a-log and the acutely intelligent, the sensitive and the coarse. But within humanity’s framework there also exist Age Shells, the essence of which eludes demographics. Whatever Age Shell you’re in, be you good, bad or ugly, its essence permeates and subjugates all other aspect of your existence, and those who share that Age Shell with you are your tribe.

For example: you can’t throw fifty sixty-year-old men into a platoon bay at Camp Lejune and turn them into killing machines in eight weeks. But with a cross-section of eighteen-to-twenty-year-olds, it can be made to work. This goes beyond intelligence and ignorance, innate sensitivity or lack thereof–it has to do, simply, with being eighteen.

I saw Jarhead last night on DVD. It’s not a John-Wayne glorification of the Corps, it’s a study of a group of men in a young Age Shell in 1991, made savage and then sent off to fight an upcoming faux war–Operation Desert Storm. Six months in the desert with no enemy in sight, and they turn their savagery inward and direct it outward at each other and at women in general. Then, after a four-day computerized mostly air war, in which they don’t get to fire a single shot, they’re flown home again, TWA commercial.

There they are in their pressed desert fatigues on a bus driving through the streets of small-town America, streets lined with people from other Age Shells who are cheering and waving signs that read “Welcome Home” and “God Bless America.”

Somewhere along the parade route a Vietnam vet manages to get on the bus. Once he’d been a jarhead, but now his body has lost its shape, his hair is scraggly and long, and he needs a shave. He’s wearing an unbloused jungle tunic sporting medals and decals–the patterns on his shirt are the same as those on the shirts of the Desert-Storm jarheads, but the colors are different. He extends his esprit de corps, but it’s rejected, not by the men, but by the dynamics of their Age Shell. The Vietnam vet gets a glimpse of an Age Shell that he once existed in but no longer has access to, and it leaves him unsettled; it’s as if he’d never been there.

The Desert-Storm jarheads are uneasy too. They don’t understand why, but it’s because they are seeing not what they’ll soon become, but the outer shell of what they’ll soon become–you cannot know the essence of an Age Shell unless you’re in it, regardless of whether you’ve been there before. Nevertheless, war is a force that comes close to breaking down the invisible barriers between Age Shells. Perhaps this is why we refuse to stop waging it.