bukowski meets shunryu suzuki or: why jim harrison should stick to writing essays on vintage wines 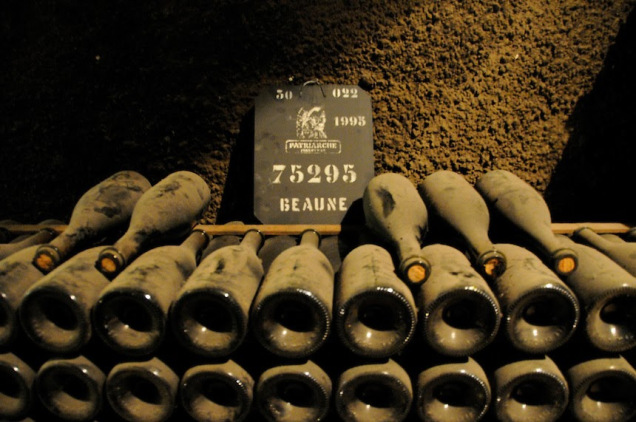 BUKOWSKI MEETS SHUNRYU SUZUKI or: WHY JIM HARRISON SHOULD STICK TO WRITING ESSAYS ON VINTAGE WINES

A dull thing done with style is worth more than a bird in the bush, says Bukowski.

Someone laid these video tapes on me. A series of mini Bukowski interviews, ranging from one to three minutes in length. Over fifty of them, like a string of battered haiku. Sometimes Bukowski is drunk, other times he seems sober. Either way, he says the same old Bukowski stuff.

When just a child, Bukowski climbed into a ring so small there was no room left for anyone else. He commenced shadow boxing. Years later, someone turned on the camera, and the geek show began. This is your life, Charles Bukowski! In a geek show, the spectators are the geeks, a small detail often overlooked.

These interviews were done by a crew of young Belgians in the early 80s, after Bukowski had finally made it and moved into his consolation prize, his house on a hill in San Pedro. They were simple in format. The camera stays trained on Bukowski, a plaintive piano plays the same refrain over and over, and Bukowski starts in biting the heads off chickens. A good number of the interviews take place in Bukowski’s spacious back yard with a backdrop of chirping birds, and some take place on the couch in the living room of the big house, Bukowski dressed like a tourist in Bermuda shorts and a polyester shirt. On the couch with him are Linda, his wife-to-be, and someone else, possibly another woman. It’s hard to tell–the camera stays trained almost exclusively on Bukowski. Only once, when Bukowski turned on Linda, calling her a bitch, whore, cunt, telling her she was “out of there”, he was going to see his lawyer about it, who the fuck did she think she was, staying out every night until midnight, two in the morning, five in the morning–only then did the camera pan to Linda while she offered up a defense. It wasn’t like it seemed! She wasn’t doing the things Bukowski was insinuating! Somewhere in the middle of this protest, the viewer gets a glimpse of a leg, the leg of a third person. Maybe I’m wrong, maybe there wasn’t a third person, maybe it was just a leg, something left over from the woman before Linda.

Bukowski, thinking about what Linda must have been up to in the wee hours of the night while he drank wine and smoked cigarettes and hammered out poems on his typewriter, gets really pissed, leans back into the couch, hoists his massive legs into the air, and begins pummeling her with his feet.

“Uh-oh,” someone off camera says, and that was the end of that interview.

Nothing extra in a world of chaos. The truth shall set you free. Lights, camera, action!

“Truth sucks,” Bukowski says. “Fuck truth. Style is more important. How you do each and every little thing.”

“Well, that’s right,” says Suzuki. “Where were you when I was conducting all those dreary workshops for the well-heeled in Palo Alto? I had a cushion reserved for you. A black cushion to sit on and let your mind wander.”

Suzuki smiles. Bukowski says this, he says that, and that’s that.

“How about a beer?” asks Suzuki.

“Why not?” says Bukowski.

Suzuki floats up off his cushion. Glides over to the refrigerator. Brings back two bottles of Japanese beer. He’s Japanese, not Chinese, but who cares? Not Suzuki, that’s for sure. He twists the caps off and places them neatly on the counter top. Settles back on his cushion, his robes floating in place around him. Holds out a beer to Bukowski who is sitting slouched in a big recliner.

Bukowski looks down at Suzuki through hooded eyes. Suzuki smiles a just-right smile. The way he fetched the beer, the way he’s holding this particular beer out to Bukowski, the smile on his face–it’s all just right. Bukowski knows just right. It’s a secret he and Suzuki share.

“Elizabeth Taylor is ugly, man!” a drunk Bukowski is saying into the camera. “I mean really ugly. Women aren’t beautiful. This is beautiful…”

The camera pans to where Bukowski gestures. Red and yellow tulips in a clear glass vase, centered on the white top of the lawn table.

“You’re okay,” Bukowski says, and takes the beer from Suzuki. They both take a hit and settle into smiling at each other. Time swirls around them like dust devils over parched earth.

The Belgians have Bukowski driving around in the back of a fire-engine red convertible. Through the old neighborhood in a tough part of L.A.

I remember visiting Bukowski for the first time back in the late 60s with some on-the-road crazies. We’d been up for three days drinking and eating Black Beauties by the handful. We’d just driven straight through from New Orleans. After a few hours sitting around Bukowski’s living room in his cottage on DeLongpre, we had to make a beer run. Bukowski tiptoed out the door, and he didn’t breathe easy until he was settled back on his ratty old couch.

Riding around in the convertible, they passed a motel.

“I stayed there once,” Bukowski said. “When Linda (another Linda) threw me out. We were having problems.
There was a pool back then–yes!”

The car glides past the motel and the camera catches a glimpse of the pool.

“There were two fat guys in the pool. I had to kick their asses…”

When was that? 72? 73? I was there. Sandra and I and Gentleman Jim and Minski and Minski’s wife Sal had flown down from San Francisco for the Party to End All Parties, as Linda (the first Linda) had labeled it. It went on for two or three days, depending on when you got there, and it got pretty strange. Toward the end, Sandra, Bukowski and I wound up in this motel room. It wasn’t what you might be thinking. We just crashed on the big bed and slept the sleep of the dead. The next morning I puked in the toilet bowl and Bukowski puked in the trash basket and then we cracked beers. I went out onto the landing. We were on the second floor, and down in the pool two fat guys were jumping off the diving board sending geysers of water high into the air. I started giving them shit.

“You want us to come up there and clean your clock?” one of them said.

Bukowski stayed in the doorway. “Don’t do it, Bushmills,” he said. “Don’t make them come up here…”

Bukowski embraced himself and shut out the world. What got through to the blue bird in his heart he reduced to shadow.

“No one to this day has been able to explain to my satisfaction how Bukowski took off like he did,” Carl Weissner, Bukowski’s German translator, said in an interview. Bukowski took off in Germany, and then he spread like wild fire. At one time he had two books on Brazil’s best-seller list simultaneously.

Bukowski and Suzuki, drinking beer and nodding from time to time.

It’s better to walk alone than walk with fools, said the Buddha.

What’s love got to do with it? said Tina Turner.

What goes around, come around, don’t you see, said Henry Miller.

If it feels good, do it.

If it feels good, you’re already doing it.

Clever men and grocers, they weigh everything —Zorba.

The scales of justice. The blindfold stands for — what? Impartiality? Kinky sex?

Bukowski came and went and didn’t look back.