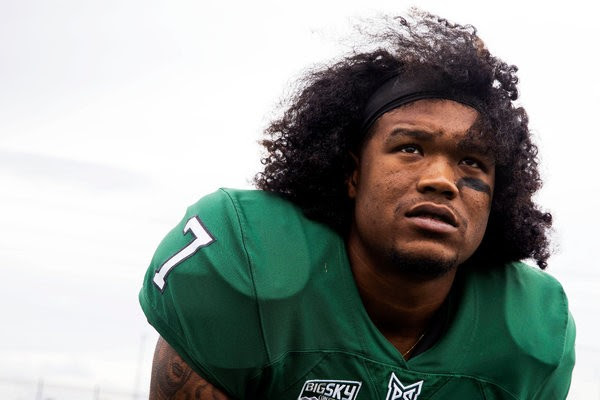 Key words melted out of Norb’s vocabulary in mid-sentence. He’d say things like, “Go to before sees you!” And, “I you because help myself.” It made him socially awkward, and he was like that when he married June.

“Do you take this woman to be your lawfully wedded wife?” the minister asked, and Norb said, “Do.” He said do all the way thru until it came to “until death do you part?” and then he said, “I.” Then he kissed the bride, the organ started in, and they marched back down the aisle arm-in-arm.

June learned to speak Norb’s language. “Go tonight sitter,” she’d say, and off they went to the movies after the baby sitter arrived. June was bilingual.

Their son Johnny was bilingual too, but under stress his Melt Speak deteriorated. Melt Speak was the name June cooked up for Norb’s linguistic oddity to lend it legitimacy. Things went along passably well until one night during a high-school championship playoff game, with three seconds left on the clock, Johnny began waving his arms in the air and yelling, “Ass the all! Ass the all!” The next day Norb and June were called to the principal’s office.

“You’re telling me your son’s yelling ‘Ass the all!’ in a packed auditorium has to do with a a speech disorder?” said the principal.

“So you concur?” the principal asked Norb.

“He means not true,” said June.

“Right!” said Norb, saying for once exactly what he meant.

“Which is it?” asked the principal. “True or not true?”

“This is absurd!” said the principal. “Your son using profanity in a loud voice while playing in a championship basketball game is the issue here, not some speech impediment!”

He was a big man. He’d been a 260-lb. lineman for the Dallas Cowboy’s when he met June, then his knees gave out and now he was a 310-lb. bread-truck driver.

“Is that a threat?” asked the principal.

“He said you just did the same thing,” said June. “Used profanity. Not a threat, sir, a statement of fact.” June had given up studying law to marry Norb.

“Actions speak louder than words!” said the principal, and scooted his chair back a ways to put some distance between him and Norb.

June stood up and placed her hand gently on Norb’s massive arm. “Wait hall,” she said. “Let to him alone. Please.”

Norb stormed out of the office, slamming the door behind him so hard a plaque fell off the wall.

“It’s hereditary,” June said after Norb had left the office.

Alone in the empty hall, Norb stared out a window at the high-school football field where he’d shown so much early promise so many years ago and wondered where he’d gone wrong. He never spoke about it to June, but it alarmed him that Johnny’s Melt Speak had advanced to the point that letters and syllables were vanishing out of words, not just words out of sentences.

Standing there reliving games from his past, Norb got rushed by anger and then dropped to the turf by a blind-side tackle from an emotion that was new to him, and he realized for the first time how alone he was in life.