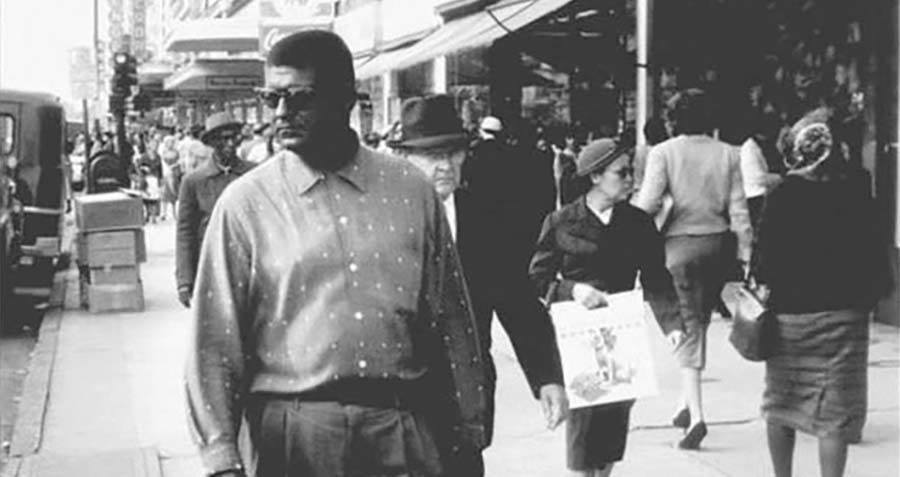 Back in the 60s I read this book, White Like Me, by some dude who took something that turned his skin black, just to see if prejudice was only skin deep, and I thought: hey now! If it works one way, why not the other? I was 16 and off-the-charts precocious, but no one noticed because I was black and living in a Detroit ghetto. I looked into it, came up with a formula, and downed the concoction in an alley one night. That shit straightened my hair and turned me white as snow and I barely made it out of that alley alive.

The thing is I loved her, and now we were irrevocably estranged. I began drinking heavily and doing designer drugs, and it wasn’t long before I lost my practice (corporate law) and wound up on the street.

The worst part of it was that my soul was still black, but black people would have nothing to do with me. I hit spiritual bottom, and this Japanese Zen master got hold of me and took me up to a mountain monastery. I stayed for ten years and decided they were all blowing smoke about this getting out of self business. What could they teach me about getting out of self? What I came to realize is that getting out of self is the one true transgression. The core emanator wants us to get into self and play it out to the end.

The best any of us can do once we realize this is pour our energy and compassion into helping others. Sort of like a Bodhisattva.

Tagged as John Bennett, Poetry, shards, Sort of Like a Bodhisattva