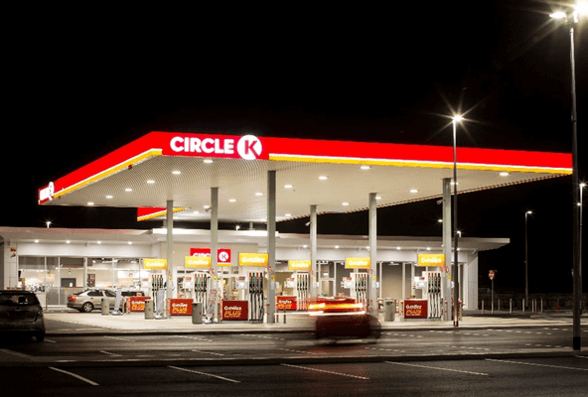 A little man lives in my head. He gives orders. He overrides considerations. He doesn’t take no for an answer. Right now he has me parked out front of Circle K in the dark at seven o’clock at night with a 16-ounce cup of coffee and the engine running, writing on a yellow pad under the light from the neons under the awning.

For some reason the little man in my head doesn’t want me to write at home. He prefers I go up on the hill overlooking the valley, but if that’s not possible, he grabs hold of whatever’s available. I tried to argue with him about this Circle K business, but he wouldn’t listen.

Three sexy women have gone into the Circle K since I’ve been sitting here, and each time the little man cut me off before I could write them down. “That’s not what we’re here for,” he said. But here I am, slipping it in anyway. I’ve still got some say in things.

Ten minutes until the movie starts. It’s Christmas night and I’m going to a movie.

People keep going into the store. They come back out with cases of beer, gallons of milk, things in cellophane wrappers. There’s an advertisement on the Circle-K door for the Survival Meal–a picture of a hot dog in a bun with a ribbon of mustard on it, a small bag of Lay’s potato chips, and a twenty-ounce Styrofoam cup of cola with a desolate landscape printed on it under the date “2012”. Something Mayan. All for $3.50.

This may be the reason the little man sent me here.

To tell you about the Survival Meal.

To make me aware that the world is coming to an end.