it happens of a sudden 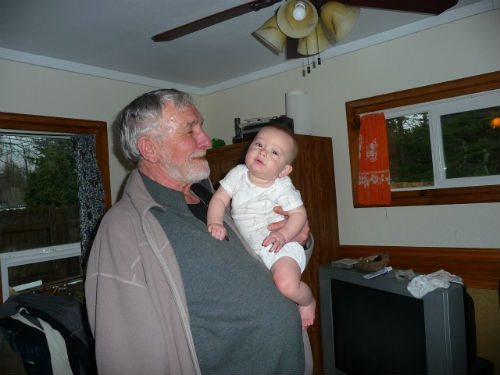 It Happens of a Sudden

It happens of a sudden. My knees stop working and getting out of a chair becomes a deliberate process. The same with getting down on the floor, say to change a valve stem in a pipe behind the toilet. Just the position I have to maintain until the job is finished becomes impossible to hold, and I have to stop several times and lie there on the linoleum, staring at the dust balls under the clawfoot bathtub. Going up an extension ladder is still a go, but stepping off onto a steep slant of roof is iffy.

A while back I went dancing. I still have the moves, if somewhat modified, but beautiful women on the dance floor looked at me in amazement, as if I was doing something I shouldn’t be doing.

Beautiful women. They still impact my psyche, but the lust that used to go hand-in-hand with the impact has tapered toward fondness. And I’ve become aware of the animal vitality of middle-aged men and realize I am no longer one of them.

This process is beyond sickness and injury. This is a process from which there is no turning back. I’m transitioning into old age, and where it really shows is in photographs.

Who is that old man holding his eight-month-old great grandson in outstretched arms, the two of them beaming at each other as if they share some hilarious secret?

Tagged as it happens of a sudden, John Bennett, Poetry