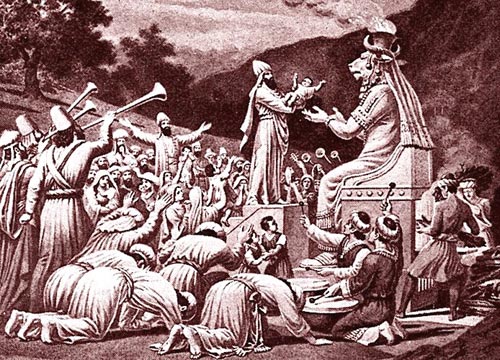 … the Grandfather (riddled with paranoia and stripped of understanding) declared perpetual Red Alert and launched Operation Late for Supper, the most ambitious population-control program ever devised. He relayed the plan to the QC for implementation.

Within a few short months after Operation Late for Supper went into effect, 90% of the world’s Drone Zombie population had a Locator Chip snuggled close to their hearts. Not only did the Locator Chip communicate its host’s whereabouts to an around-the-clock Vigilance Center, it also relayed what the host was up to and—with 60% accuracy—the nature of his attitude. Being in the wrong place with the wrong attitude resulted in instant death, the heart imploding with such violence that the skin bruised, the eyes sank in their sockets, and blood seeped from every orifice. DZs were imploding on the streets, in bed, even at Normalcy rallies. The last thing a victim heard was an inner voice triggered by the chip itself, a recording of the Grandfather saying: “Uh-oh—late for supper!”

It was a lame-brain operation, and it irritated the QC to the point of distraction; it had no finesse, no vision, no driving purpose. It was the death rattle of an addled old man. Over a half million Drone Zombies were struck down by Locator Chips in the first year, their bodies dropped from helicopters into the dead seas of the world, sending geysers of toxins into the air that vaporized into cloud and rained down on the planet—an additional million had fallen victim to the resultant Dead Sea Plague that erupted in the Asian belt of Normalcy. But the most alarming byproduct of Operation Late for Supper was the way having a tiny executioner living in a small room off the heart triggered fear in the DZ population, and fear triggered implosion. It was a vicious cycle, and at the rate things were escalating, it was calculated that earth’s entire population of 36 billion DZs would be wiped out within five years.