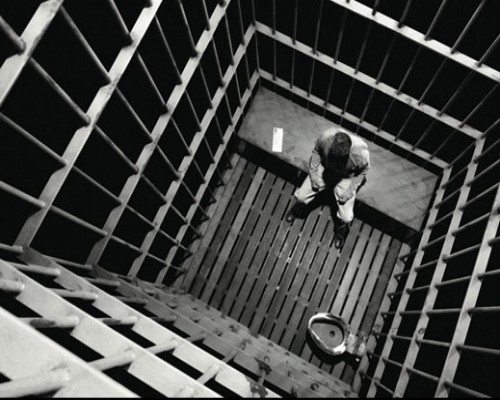 The least-favorite son, vying for attention. “Me! Me! Me!” he says over and over until someone calls the police.

The prison system works on incentives now. $50 a head for the conviction of whoever you turn in and a $10 bonus for every ten years tagged on the sentence. This is working out fine. The incarceration rate is at an all-time high, the highest in the world, with least-favorite sons shooting up 40% in the last year alone, surpassing busts for marijuana and being black.

You probably aren’t aware that being a lest-favorite son is a crime. Well, it’s not everywhere, not yet, mostly in southern states and in Michigan. But the trend is catching on, and this is a stimulus for the economy. Incarceration generates cash flow, and the brilliant $50-a-head provision never would have come about if the Prison System hadn’t been privatized.

It’s become a little more difficult to send pot heads to prison, but it can still be done, and of course we all know that being black is a crime, that’s a given. So turning in a black, especially if you live in Mississippi or Alabama, is like money in the bank, $50-plus toward a new car or your favorite son’s college education. Then you can turn in your least-favorite son, pocket another $50, and have one less mouth to feed.

This is just one example of how private enterprise can put the country back on its feet. Given free rein, it would also abolish minimum wage, and then we could afford to give everyone a job, wiping out unemployment. Private enterprise would also convert Social Security into stock options, and the Dow-Jones would soar. It would do away with Medicare or Obamacare or whatever the hell they’re calling it these days, and people would be forced to take better care of themselves, which would mean fewer sick days, another big drain on the economy. People who called in sick without being able to prove it would be subject to prosecution, and you could add them to your list of people to turn in along with blacks, pot heads and least-favorite sons. With a little vigilance and zeal, you could build a pretty good-sized nest egg for a rainy day.

So pull yourself up by your bootstraps and start carrying your share of the load. Think of it as your civic duty.