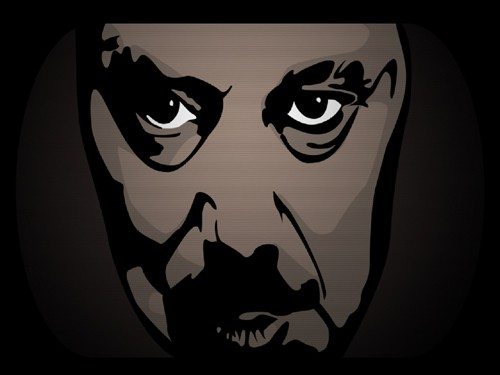 He formulated a plan that he called a proclamation and those closest to him put their names to it which made it a charter.

To keep them from being confused with anyone else he came up with a uniform and an armband with an insignia on it that symbolized in the abstract the values of his followers.

They were just people with a grievance and an idea of how things should work, not a political party or anything like that, and they carried guns only to protect themselves from people who disagreed with them.

Eventually their number grew large enough that they could hurt a company, any company, hurt it bad, just by boycotting its product, and it was sayonara for any politician they frowned upon.

The Leader never engaged in debate or responded to accusations made against him but went ahead and did what he’d set out to do, and this left his detractors looking foolish and impotent.

Heads of State from around the globe began inviting the Leader to visit their countries, and he reciprocated by inviting them to his 5,000 acre compound in Montana, which they flew into directly, bypassing Washington.

In time the government went bankrupt and imploded but things continued as if nothing had happened. Then the Leader made his first public address, broadcasted world-wide.

“There is no need for alarm,” he said. “The government has collapsed, but in its place is the Corporation.”

And then he proclaimed himself Chairman of the Board of that Corporation and announced the names of eight Board Members who would be instrumental in protecting the Corporation from unfair competition and in seeing that things ran smoothly all around.

Even his most severe critics admitted that he had saved the country from plunging into chaos, and everyone signed the loyalty oath.