an old shaman thinks back on days gone by 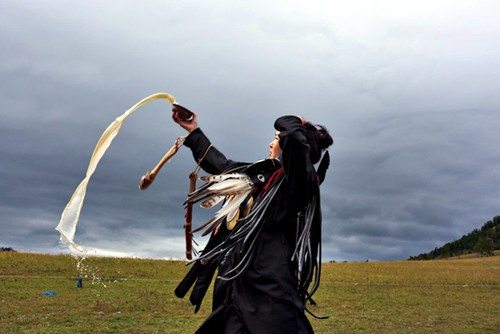 An Old Shaman Thinks Back on Days Gone By

I miss the days of long fasts and intense meditation.

I miss having my ribs stick out and my eyes blaze.

I miss sending young braves on impossible quests–to bring back an eagle feather from the mountain top, a wild orchid from deep in the forest, a grain of sand from a distant beach.

I miss making the blind see and the lame walk. I was good at what I did.

The old squaws still bring me food, but it’s not the same living alone in a mud hut on the outskirts of the village now that my powers have waned.

The shaman who took my place is young and dresses in store-bought buckskin. His knowledge of herbs and potions is sketchy, and he does card tricks with the white man’s cards to compensate. He hands out free pocket mirrors and he has the whole tribe strung out on fire water.

The other day he showed up with a black robe who handed out calico to the women and knives with steel blades to the braves. He drove a large piece of wood with a crossbar into the ground and began chanting to it in a strange tongue while the new shaman went amongst the onlookers handing out miniature versions of the wooden talisman and fastening them around their necks with string.

It wasn’t long until the whole village was chanting in the black robe’s strange tongue and wearing the white man’s clothing. The children were sent off to the white man’s school and soldiers rode into the village and made off with many of the young squaws. The few braves who still understood the wind and the stars were used as scouts to track down renegade braves from a tribe whose shaman’s powers were still strong and who sent them out to burn the white man’s settlements and nail black robes to their wooden crosses.

I am nothing without my powers, and tonight when the moon is full I will ride into the desert and feed my soul to the nighthawks.

This Shard is included in Death by Airbag, a collection of Shards published by Pedestrian Press .

Tagged as An Old Shaman Thinks Back on Days Gone By, John Bennett, Poetry