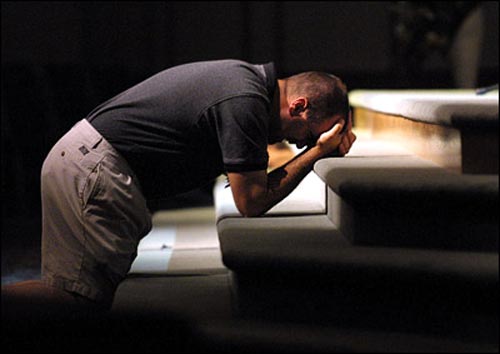 He clasped his hands in prayer and bowed his head. He was a pathological charmer, he’d worm his way into your heart and then wham, your TV, your new car and your golf clubs turned up missing.

If he’d been hooked on drugs there might have been hope for him, he could be processed back into society thru a recovery program, but he wasn’t. He was a thief, plain and simple. He stole from his father, his mother, his best friends, the blind and the gullible.

He stepped in front of the judge with a stolen cross of Jesus dangling around his neck on a silver chain. He said he’d seen the light, Jesus came to him in a dream, he was saved. He popped out a few Bible quotes and then broke down in sobs of contrition.

Several women in the courtroom began weeping, and he glanced their way, taking in every piece of jewelry they had on.