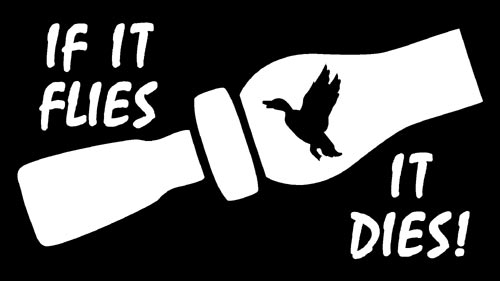 Driving out of Badger Pocket after a day of windows, the crew talking about how much wild life must be out here, hidden from view, mixed in with the cattle and the corn, coyotes and badgers, deer and snakes, and then the talk shifts to gun and bow hunters and there’s a consensus of respect for the bow hunter who has to get close to his prey, while the city man with his telescopic rifle kills from eight yards out. Which leads to someone mentioning a bumper sticker that says “If it flies, it dies” and the window crew is baffled by what kind of mind thinks this way, then wonders what sort of woman marries a guy like that.

A few miles down the road someone comes up with a new topic, tells about being in line in Safeway and the woman in front of him, in response to the checker’s question “I haven’t seen you in a while, where’ve you been?” says “France.”

“There it is,” says one of the crew. “That’s the kind of woman marries a guy like that.”

Tagged as John Bennett, Poetry, Who Marries a Guy Like That?