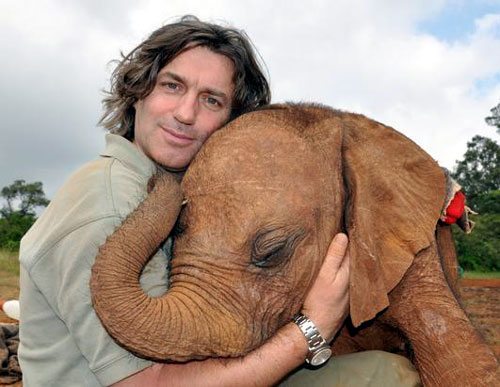 Ever since I stopped reading Shunryu Suzuki pebbles get lodged in my shoes, snails show up in the vegetable bin, the hot water won’t turn off in the shower and an elephant rides shotgun when I head out of town on assignment.

Of course this could be coincidence. I ran it by the elephant on our way to Portland to do a hit, and he slipped his trunk around my shoulders but remained silent. He never thinks beyond the unfolding highway.

You may be wondering how I became a hitman — as far as most people know, I’m a window cleaner who scribbles on yellow pads and who loves small children and dogs. It started in the army a long time ago, in basic training. A side of me surfaced that had never shown its face before. I began doing out-of-the-ordinary things. In bayonet training I ran my bayonet into the drill sergeant’s chest and punctured a lung, and on a night maneuver, instead of taking the hill as ordered, I broke away from my squad, worked my way around the hill, and came at its defenders from behind. We were shooting blanks, but I opened fire at such close range I left powder burns on their faces.

What caught the company commander’s attention (he’d been trained at the School of the Americas) wasn’t what I did but the way I did it–calmly, without anger or remorse. He asked me if I wanted to serve my country, really serve my country, and I said yes. I was only eighteen.

I did my first hit in Temple, Texas, while still in basic at Fort Hood–a bar owner with a “Hell No, We Won’t Go” poster behind the bar who was undermining the morale of the troops. It was a straightforward hit. I waited in the parking lot behind the bar until he came out after closing, walked up behind him and said, “Excuse me, sir.” When he turned I put a bullet between his eyes, one in his heart.

After that I did four hits on government people in D.C. while stationed at Fort Belvoir, four in southern Germany, one in Istanbul while on leave and six in the Netherlands–three in Amsterdam, one in het Harde and two on the North Sea island of Schiermonnikoog.

After my tour of duty was up and I was discharged they still used me from time to time as a civilian contractor (it paid for my college education), but then the drinking began affecting my judgment, and they cut me loose.

I was an emotional wreck by the time I was forty. I couldn’t hold a job, and I hit bottom. On the long road back I quit drinking, began scribbling on yellow pads (like I’m doing now) and started reading Suzuki. Eventually I found peace, and that’s when they showed up again.

I told them I was thru with all that, and they said they understood, but they kept paying what they called social visits. They’d bring me gifts, and once they sent me on an all-expenses-paid vacation to Belize, no strings attached. But they kept alluding to assignments that were available, were I ever to change my mind.

After a while I began having dreams about hits from my past, and the rush of freedom that came with each one. And then I stopped reading Suzuki.

Suzuki was the only thing I let go of during this transition back into the business. The rest of my life remained the same–I kept scribbling on yellow pads and kept cleaning windows and continued to love small children and dogs. But then I began finding snails in the vegetable bin, pebbles in my shoes, the hot water in the shower wouldn’t shut off, and the elephant turned up.

I’m sure if I had a spiritual adviser he’d tell me these are warning signs, but then I look over at the elephant and think, “What nonsense.”