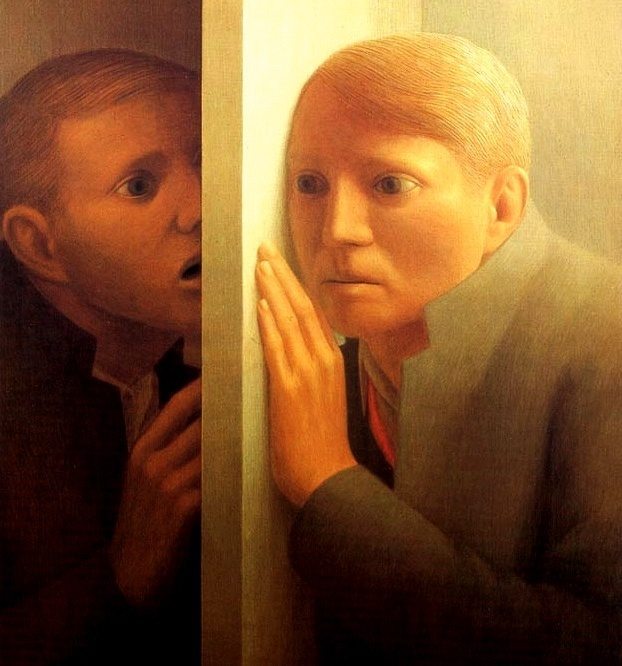 He had secrets. He had dreams about his secrets. He wrote the dreams down. He spent more and more time alone.

If he saw someone coming down the sidewalk toward him he’d cross over and then back again when someone else came his way on that side of the street. He zigzagged thru town. He began to stand out, the last thing someone loaded down with secrets wants to happen.

He remembered better days. All-night talks with someone else who had secrets, one-on-one intense talks that went on all night right into sunrise, filled with smoking and drinking. Sometimes afterward they went out for breakfast and kept talking, but they were surrounded by people without secrets. A bad feeling came over them.

As they grew older they began to sense that they were talking to each other thru glass. The closest they came to touching was to put their palms against the glass from opposite sides.

Their talks dwindled and the space around them shrank.