the body & blood of christ 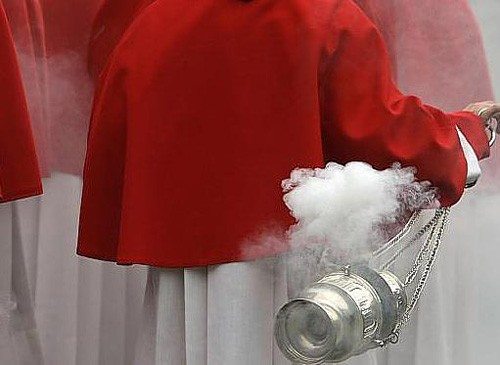 The Body & Blood of Christ

Father Rundberg always had me pour the entire cruet of wine over his fingers, and then I’d ring the bell and he’d elevate the chalice, bring it back down and drain it off.

Afterward in the Sacristy I’d help him off with his Alb and Stole and Chasuble, and there stood a middle-aged man with a three-day shadow in baggy trousers and a gray t-shirt.

“I’ll talk with the sister,” he said when he saw the bruises on my knuckles, and she never touched me again.

And when I broke down in tears one day in the Sacristy after mass (I was nine years old and the world was closing in on me) he went down on one knee and put his arms around me. He didn’t speak and he didn’t put his hand down my pants, he just held me until I stopped crying, and then he stood up, ruffled my hair, and said I was a good boy.

“I want to be a priest just like you when I grow up,” I said one day after we’d genuflected in front of the altar and walked down the center aisle of the empty church into the day.

He lit a cigarette and blew smoke into the sky with the same reverence that he consecrated the host. “You’re still young,” he said. “Let’s talk about it in ten years.”

But we never did. He dropped dead before he was fifty while hearing the confessions of small children on a Saturday afternoon.

Tagged as John Bennett, Poetry, The Body & Blood of Christ