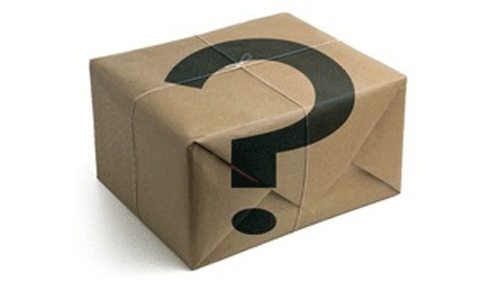 He tied it all up in a tight little package and sealed it with wax. He put the package in another package and smeared it with grease, just to be on the safe side. Then he carried it on down to the post office.

At the post office they said was there anything dangerous in there, flammable or sharp, guns, knives, gasoline, and he said how was he supposed to know? The clerk gave him the funny look then, all the people in line behind him and in the lines at the other two windows gave him the funny look, and he said forget it then, he’d hand-carry the goddamn thing, walk to China if he had to, that’s right, walk on water, fly thru the sky, hack his way thru jungles, but the mail must go thru. They backed off when he said that – he had his catch phrases down, he couldn’t be that dangerous.

He had no idea what was in the package, maybe he was losing his mind, his memory anyway, but he still had his shoes and his walking cane, he could beat his way to freedom if he had to.

He stepped into a phone booth and dialed a number, he knew there weren’t any phone booths anymore but he didn’t let that stop him, there was someone he needed to reach, and so he dialed a number and got a busy signal and then the connection went dead and the booth began toppling end over end down the street, which drew more attention to him than he felt comfortable with.

This wasn’t how he’d planned it, the package was supposed to get delivered without any fuss, what would he say if it didn’t, how would he explain it? Who would he explain it to? What would they say? Do? To him, what would they say/do to him? Nothing that would come in handy in the after-life, that’s for sure, nothing that would get him out of this goddamn phone booth. He hung on tight to the package and tumbled along down the street and right out of town.

He tumbled thru meadows and across freeways, mayhem all over the place, high-speed collisions, red lights and sirens, an ambulance or two, and then he tumbled smack into a fast-moving river. It might have been the Mississippi, the Hudson, the Rhine, but at least the tumbling stopped, he was getting dizzy as hell. He laid back against the glass, the phone still clutched in one hand, clutching the package to his heart with the other.

This might make him famous, or infamous, maybe even notorious, but it was too late to turn back. Once he hit the ocean he’d have time to think. He wished he had more to go on, but they never gave him details, they just sent him off on his own one day with a lot of tubas playing and pretty girls waving and throwing flowers until he turned the corner. Then he was on his own.

His mother warned him when he was just a kid, maybe ten or eleven, that he was heading in a bad direction, but once it started happening she pretended she had no idea what was going on, and his father told him that if he was going to go around delivering packages he could damn well do it from somewhere else, not out of their living room. Take a hike, his father said, but he knew it was a figure of speech and went down to the Greyhound station.

He knew that if he could get the package to its destination things would begin to straighten out. He’d witness its unwrapping, and then he’d know where it was he’d gone wrong.