note in a bottle 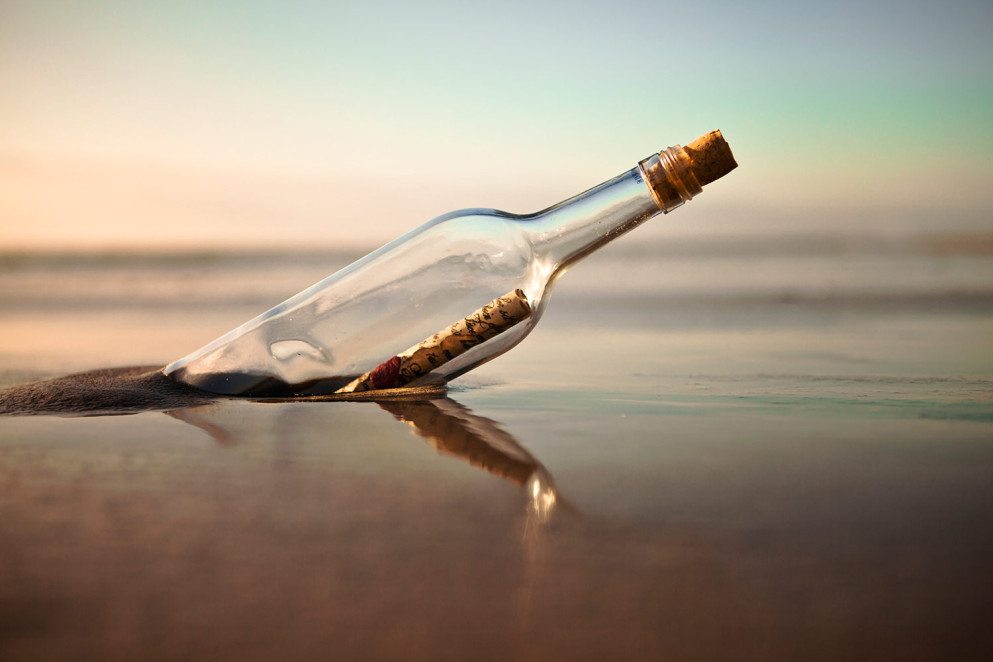 NOTE IN A BOTTLE

Boxed in with a lexicon and a slide rule and no more tricks up his sleeve, he began to hum softly. That’s when they thought they had him.

“If you let go,” one of them said (a woman with soft hands and dancing eyes), “everything will be better.”

The rest of them nodded and smiled.

He couldn’t count their number, they faded in and out like apparitions, and all of them had their hands on him, some firmly,some tentatively.

The glaring absurdity of the dancing-eyed woman’s suggestion (why didn’t they let go?)twisted the tight knot inside him so that dark blood began seeping out his right ear. He tried to smile pseudo compliance, but then he saw they were riveted to the blood, and he gave up trying.

Men like Swift and Poe and Corso had fought this battle before him and lost, and he saw now there was no winning. The one small reward for even trying was passing on the fire, like a note in a plugged bottle, bobbing down the current of their claustrophobic dominance. He wondered if he’d done this somewhere along the line, and if so, who would unplug the bottle and stare baffled at the blank sheet of paper that said everything

Tagged as John Bennett, NOTE IN A BOTTLE, Poetry, shards