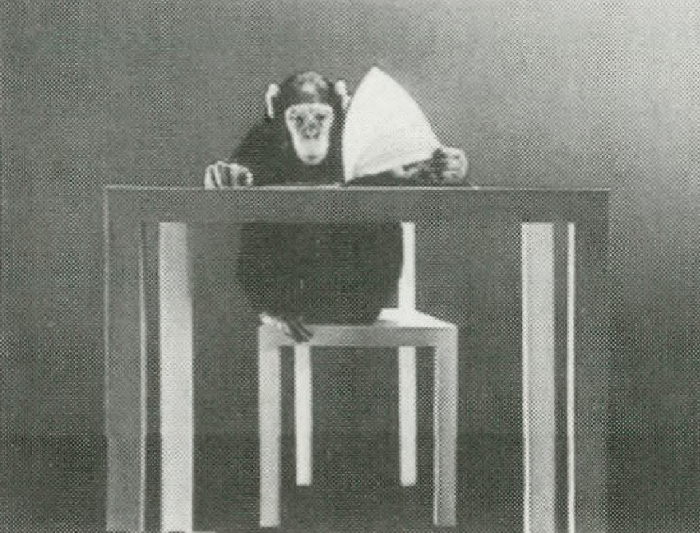 He shoved the yellow pad away, leaned back in his swivel chair, rubbed his closed eyes with his knuckles, stretched his legs out in front of him and his arms with his hands in fists over his head, yawned, stood up and went home.

He was working at Jingles, a consortium of twenty-somethings that had delivered the death blow to Hallmark. He walked in off the street one day dressed in rags, his gray hair in a tangled. “My name’s Nowhere Man,” he said. “I saw the ad in the paper.”

A sexy young thing behind the reception desk smiled and said, somewhat maliciously, “What ad was that? For a janitor or a corpse?”

A guy with a Mohawk dressed in leather who was leaning in a doorway taking in this exchange pushed off and said, “I’m the Chief Coordinator. Let’s see what you’ve got. Sit down behind that computer and complete the sentence fragments that appear every three seconds.”

“I don’t mess with computers,” said Nowhere Man, and Mohawk said, “Well, I guess that’s that then.”

“Fire some stuff at me with your mouth,” said Nowhere Man.

The ‘with your mouth’ phrasing caught Mohawk’s attention. “A stitch in time,” he snapped out, to which Nowhere Man immediately responded, “For a wounded universe.”

“Boot up–” Mohawk began, and Nowhere Man cut him off with, “Your ass.”

“Jesus!” said the receptionist, and Nowhere Man said, “Of Nazareth.”

“But how long can you keep it up?” asked Mohawk.

They hired him on the spot and gave him a cubicle with the electronics stripped out of it. They sat him down behind a wooden desk with a stack of yellow pads, a brace of #2 lead pencils and a desk-mounted pencil sharpener.

He brought in his own draftsman, a guy he called Picasso who never spoke and looked even older than him. Picasso worked on a light table with pen-and-ink, brushes, a straight edge and a compass. Within a month their cards were topping the sales charts.

Picasso and Nowhere Man had been getting written up in trade magazines on a regular basis, and then the New York Times did a Sunday spread on them which landed them on the Jay Leno Show.

Picasso sat doodling on a pad, seemingly oblivious to the fact that he was on live national television, and Nowhere Man talked non-stop jingles, which drove Leno crazy. Trying to break the jingles habit, Leno finally asked Nowhere Man in a pseudo-serious voice what his philosophy on life was.

Leno was beginning to not like Nowhere Man. “Pretty heavy, Mr. Bojingles,” he said, and winked at the camera.

A stage hand waved the laugh card at the studio audience, and they laughed right into commercial break.